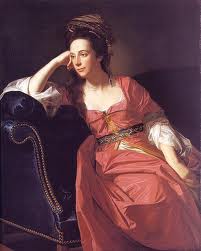 “Behold, America! (and thou, ineffable guest and sister!) For thee come trooping up thy waters and thy lands; Behold! thy fields and farms, thy far-off woods and mountains, As in procession coming.” – Walt Whitman, 1871, “Song of the Exposition”

Opening November 10, Behold, America! unites the best works from the American art collections of three San Diego museums: the Museum of Contemporary Art San Diego, the San Diego Museum of Art and the Timken Museum of Art. It’s a warm-up to the 100 year anniversary in 2015 of the Panama Exposition in Balboa Park, which first brought American artists of major importance to San Diego.

Featuring 175 works, the ambitious show explores how American artists have reflected and helped contribute to our changing national identity over three centuries. The art works address a wide range of topics and issues — from colonialism and racism to nature and environmentalism. Among the artists represented are Eastman Johnson, Mary Cassatt, Andy Warhol, Dan Flavin, and Lorna Simpson.

The title of the exhibition pays homage to Walt Whitman, who inspired a number of American artists. These include Thomas Eakins, who painted Whitman’s portrait, John Sloan who heard him recite his poetry, and contemporary installation artist Sara Sze, whose use of popular objects ties back to Whitman’s ideas.

“The title resonates across the three centuries and the art in the show – colonial portraiture and the fight for independence; the great 19th century landscapes and the search for a new national identity,” explains Amy Galpin, exhibition curator and assistant curator, Art of the Americas at SDMA. “And even today, how do you Behold, America? What does it mean to Behold, America in the 21st century?”

At MCASD in La Jolla, the theme is “Frontiers” — from the natural beauty of the U.S. and westward settlement to urban spaces. Sublime landscapes by Asher B. Durand and Albert Bierstadt are on view, along with views of Italy by George Inness and Thomas Moran. Modernists like John Sloan and Marsden Hartley helped lay the groundwork for contemporary artists such as Jenny Holzer and Alfredo Jaar.

“Figures” at SDMA in Balboa Park showcases the nation’s figurative tradition with paintings by John Singleton Copley, Thomas Sully, Eastman Johnson, Thomas Eakins, and John Currin. Next door at the Timken, “Forms” delves into the evolution of color, shape and line with early still-lifes by Raphaelle Peale and Martin Johnson Heade, abstractions by modernists Georgia O’Keeffe, Arthur Dove, and Stuart Davis, and sculptures by Sol Le Witt and Martin Puryear.

“I hope viewers can see that the exploration of color, shape and line, for its own sake, is not only a natural evolution from the 19th century still life tradition, but also has distinct artistic merits on its own,” says John Wilson, director of the Timken. “For our usual Timken visitors, this is a departure from what they normally see in the building but it’s an undeniable trend in 20th century art, and the art compliments our 1965 International Style building and vice versa.”