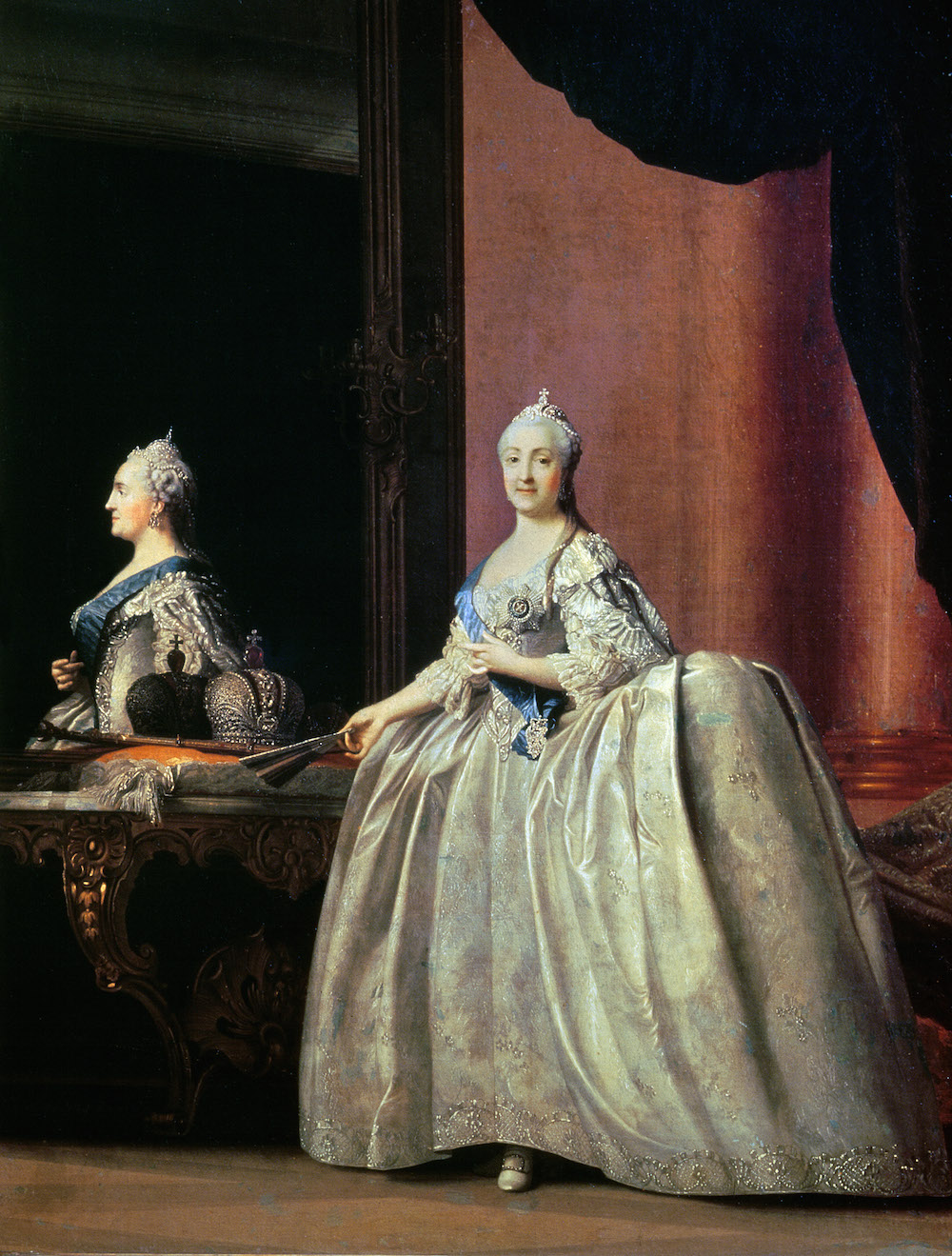 Catherine was expert at self-promotion. No queen since England’s Elizabeth I disseminated her portraits as widely. She encouraged her images to go viral in painting, sculpture, and decorative arts. 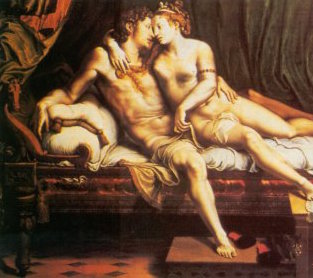 Catherine scandalized contemporaries with her racy private life, but she was prudish about art. Reflecting the Enlightenment ideal of self-control, Catherine found the near-naked couple in Two Lovers vulgar and banished the canvas to storage. 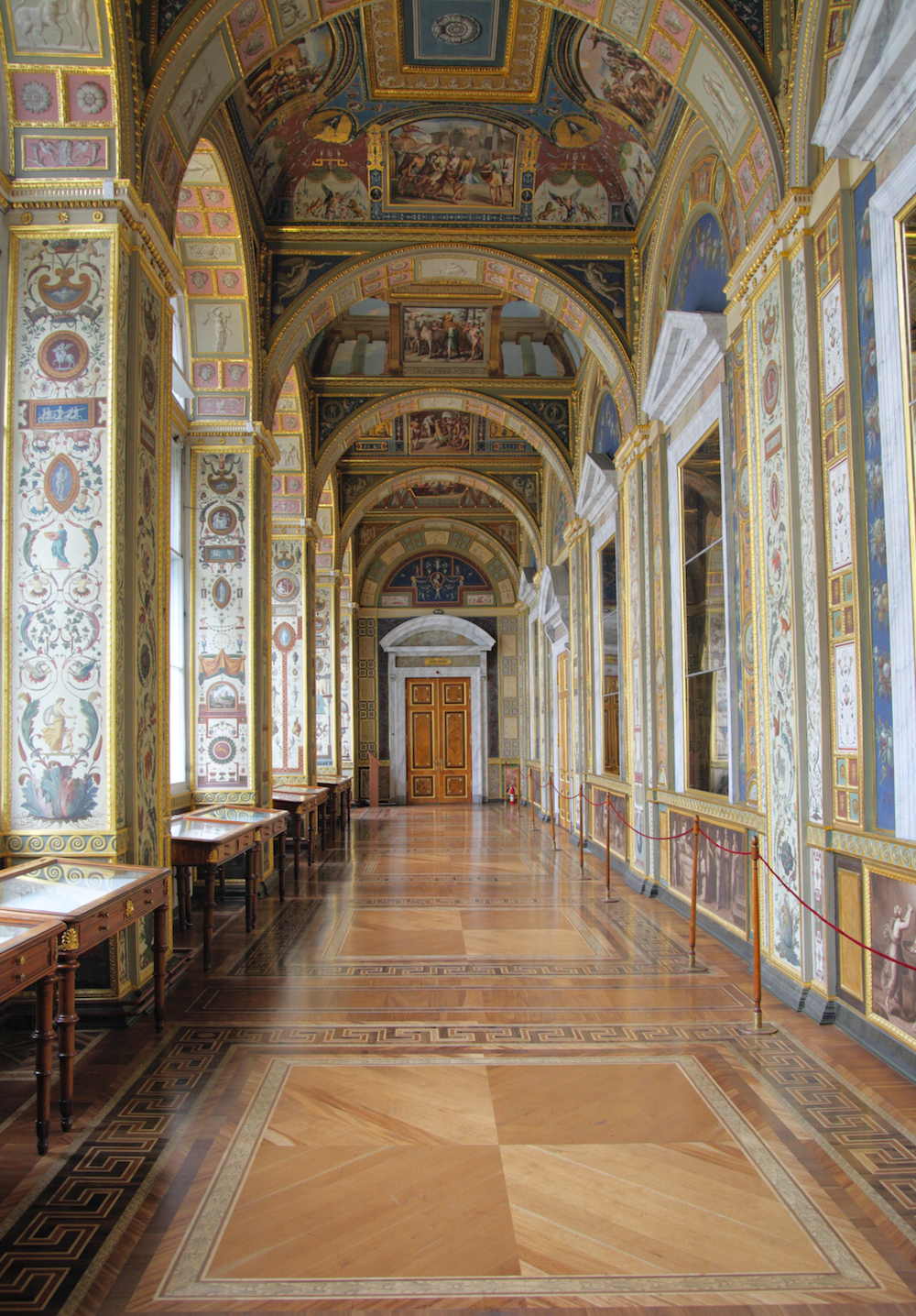 Catherine never left Russia. An avid arm-chair traveler, she turned to books for artistic inspiration, notably a replica of Raphael’s Vatican Loggia for the Winter Palace. 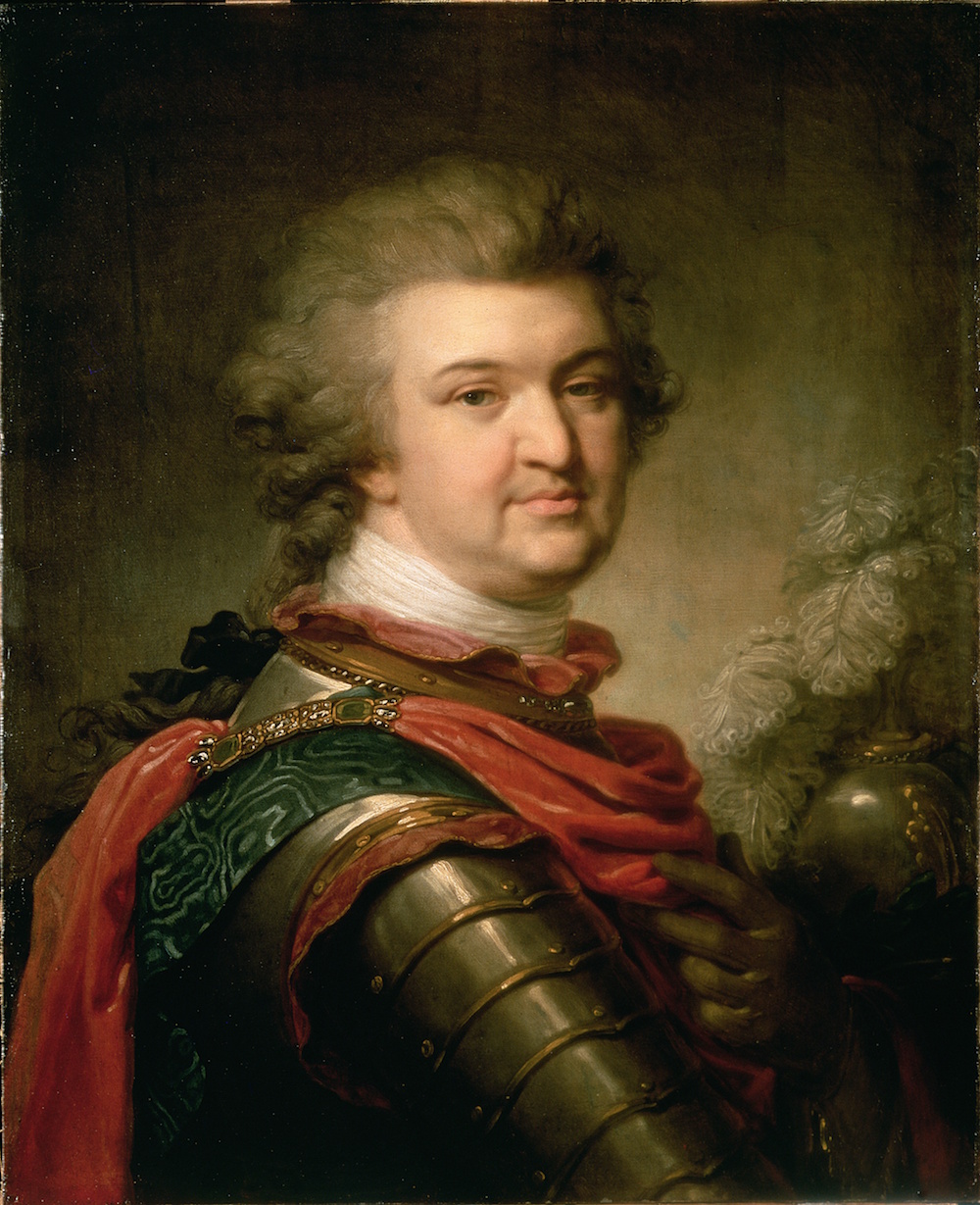 After their affair ended, Catherine and military hero Gregory Potemkin remained utterly devoted. She turned him into one of the world’s wealthiest and most powerful men, lavishing him with art and palaces. In return, Potemkin gave her an angora cat she called “the cat of all cats.” 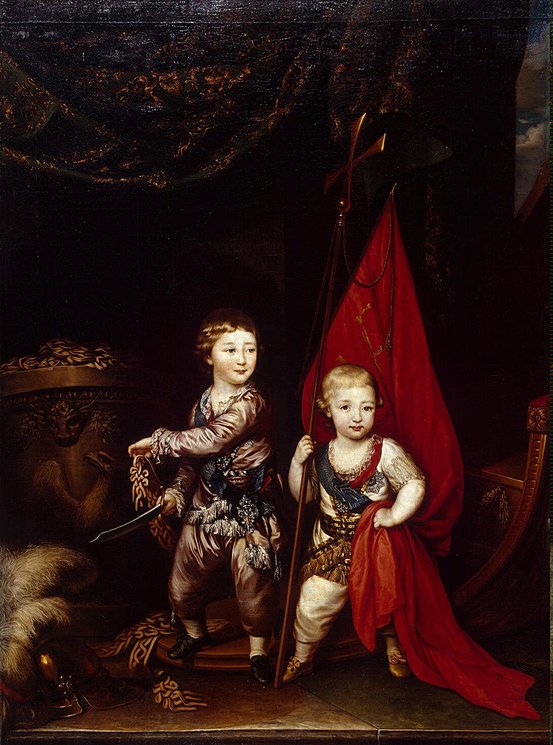 Catherine hijacked her two eldest grandsons at birth. From their names and diets to clothing and tutors, she controlled their upbringing, preparing them to rule. Despite her own miserable arranged marriage, she would choose disastrous spouses for many of her grandchildren.

“I’m not a connoisseur, I’m a glutton.” — Catherine the Great 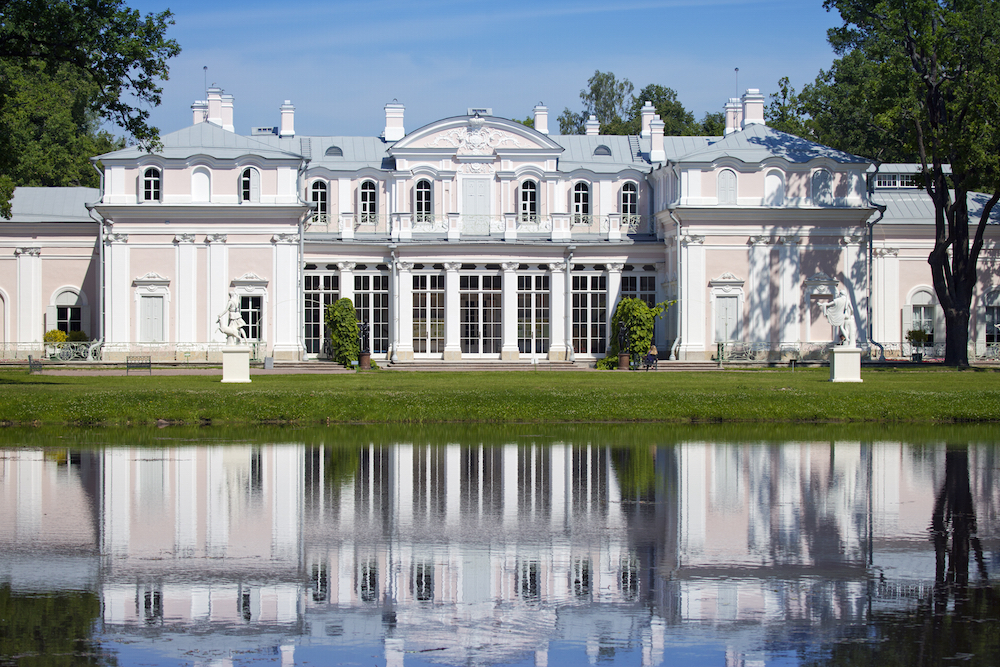 The Chinese Palace at Oranienbaum by Antonio Rinaldi © Konstik | Dreamstime.com 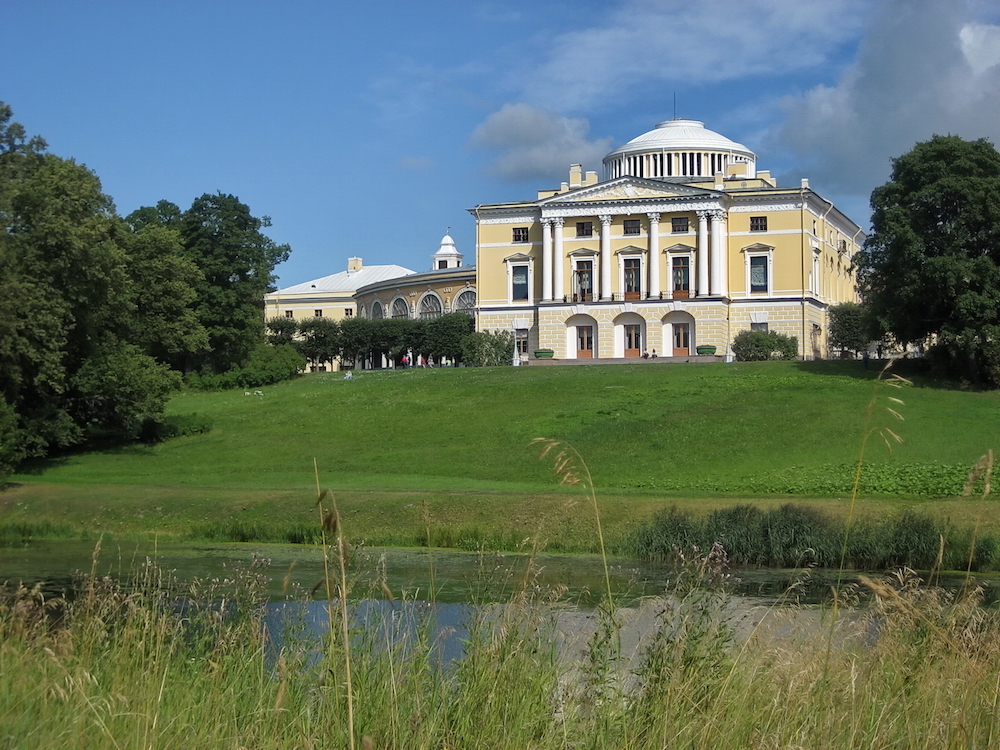 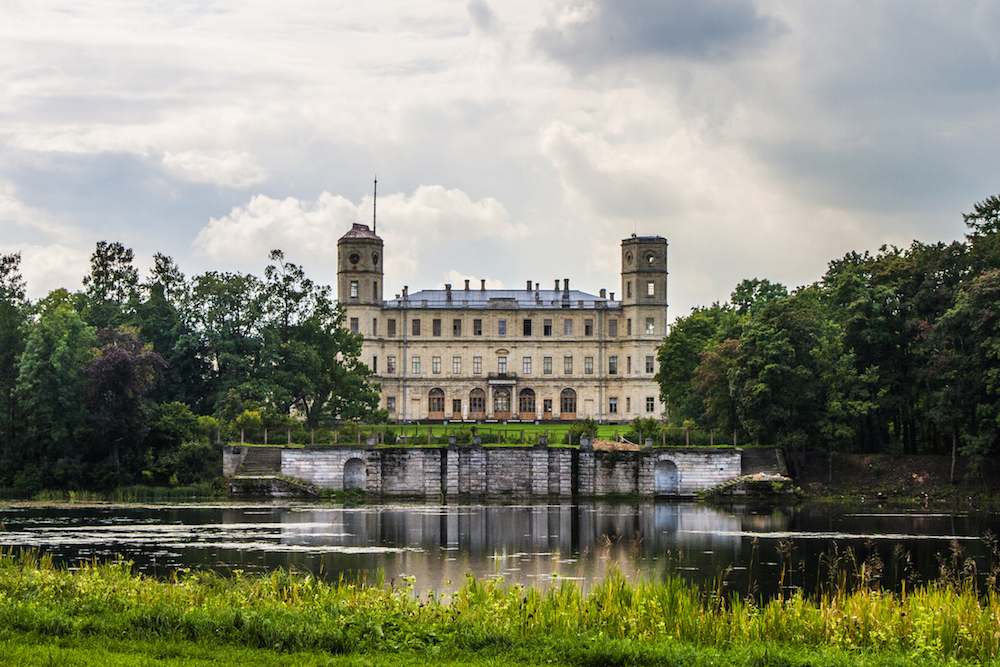 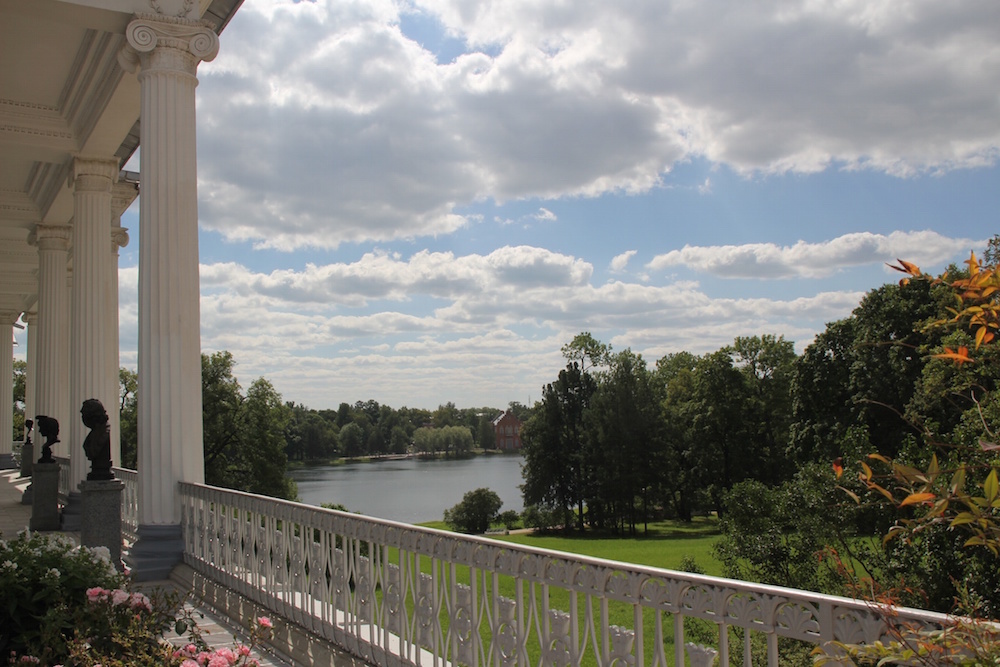 View from the Cameron Gallery, photo by Ruth Cousineau